The authorization protocol of second-generation OAuth 2.0 or OAuth authentication is the most widely used and accepted industry-standard authorization protocol. As a protocol, it provides a slew of tools, patterns, and best practices to aid developers in the laborious task of creating authorization flows for a wide range of applications, including web, mobile, and embedded. 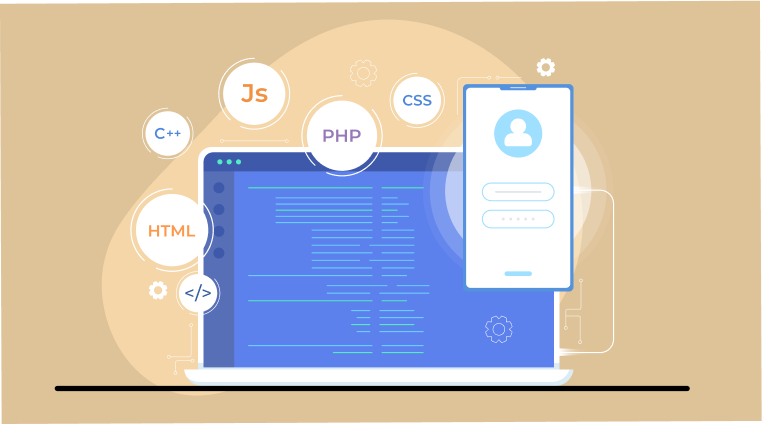 In this article, we'll go over some of the fundamentals of OAuth2 in detail about the Integration platform. The goal is to show how this well-known OAuth Node.js protocol works behind the scenes, with Node.js thrown in for good measure.

When it comes to understanding what OAuth is all about, there are a lot of misconceptions and over-complications.OAuth2 has a few predefined flows that you can use in your projects, but some of them will not be applicable to your situation. In this section, we'll show how the interested party who owns the web application in development (in this case, you) uses a third-party system to infer authorization within the application. Consider the big names in third-party systems, such as Google, Facebook, or, in our case, GitHub.

The most common OAuth2 flow is typically divided into three major steps: In this blend of processes as we consider OAuth Node.js together.

Because of the number of customizations required to meet their needs, many businesses today do this for convenience. Let's take a closer look at this scenario and see how Node.js handles it in this blended mode of OAuth Node.js

During the head start make sure to complete all of the official installation steps in case you still require this OAuth Node.js blend to be started from scratch.

For this write-up, we'll build two apps: one for the client (in React API) and one for the server capabilities as part of the API Integration using specific applications.

It's important to note that, while you can build your OAuth2 server from scratch using frameworks like node-oauth2-server, we'll use GitHub's capabilities for the sake of simplicity of work.

As such there are too many details surrounding the ability to properly set up an OAuth Node.js server that we will not cover for the time being in this blog.

However, if you want to take the plunge, the server project we'll create will be more than adequate for the role of OAuth2's server host.

We'll be using the powerful GitHub OAuth2 API for this tutorial. GitHub lets you create an app under your account and provides you with OAuth2 client credentials to use in other apps.

This way, users of your application can easily log in using their GitHub accounts.

So, let's start by clicking this link and making a new application. Fill out all of the fields appropriately

The most important field is the Authorization callback URL, which specifies where GitHub should redirect the user once the authorization process is complete.

Please keep in mind that you can enter any URI you want. When you click the Register application button, you may see a screen that displays the Client ID and your Client secrets.

When you arrive here, click the button to generate a new client secret. Before leaving this screen, copy/paste it somewhere safe because you won't be able to see it again in the future.

Let's get back to work on the project. Select a folder and execute the key command.

Again, leave all of the options as presented until the end. Then, run the command below to install the necessary NPM dependencies.

HTTP request calls to the GitHub OAuth2 servers will be made using Axios. Express will be our server, and cors will only be used to avoid conflicts with the browser's Same-Origin policies.

The server code is very simple and can be found in widely available code. Make sure to include it in a file called index.js.

Once the authorization steps are completed, we simply proxy requests from the GitHub platform to the /oauth/redirect path on this server.

When it's finished, we must call it again to obtain a valid access token. GitHub needs to know who is calling in order to determine whether the caller has such access.

The only way GitHub knows this is through the client id and client secret provided by your GitHub application, which can be passed as request parameters.

Also, keep in mind that we're passing a query parameter called code that GitHub provides when calling the callback URL as a secondary security check. Otherwise, the request would be rejected.

If the second GitHub call succeeds, we can route the response and all of its content to the React client application listening on port 3000.

Before proceeding to the next section, run the following command to ensure that everything is in working order:

node index.js, which may result in the following output:

To make things look cleaner, React and Bootstrap will be used on the client project.

To create the client project, leave the current server folder and run the following command

We're also using the create-react-app tool to make things easier for the client. After running it, make sure to leave all of the options at their default settings until the end.

Then, execute the following command to include the necessary Node dependencies:

yarn include the react-bootstrap axios

To inject Bootstrap's styles into the React project, include the following CSS import in your index.js file:

We'll use only React hooks for the entire implementation because we're using the most recent version of React (17.0.1).

Let’s Break It Down a Little More for Better Clarity

You may have also noticed a third localhost URL on this code list: http://localhost:8010/proxy/user. The reason for this is that attempting to access GitHub directly from the UI will result in some cors-related issues.

The simplest solution is to set up a local proxy to handle the cors domain conversions for us. The local-cors-proxy NPM module is ideal for this task.

To install it globally, simply run the following command:

Before we begin the tests, we must also add some styling. Since we already have an index.css file with some CSS styles, let's change its content to

In the client's root folder, run the following command to test the client implementation:

Examine the logs for errors and wait for React to load the application in your web browser.

The Sign in button may take you to the following screen. Before you click it, make sure that both the server app and the proxy are running.

You'll be redirected to the GitHub authorization page after clicking the Sign in button, as shown in the image below.

If you are not properly logged in, GitHub will handle the entire authentication flow for you. One of the many advantages of this approach is the ability to delegate user authentication.

When you click the Authorize button, GitHub will handle the redirecting process for you. Finally, you might see the following screen

Another test you can perform immediately after is to return to the root URI and click the Sign in button. You may notice that the login process runs smoothly without an authorization page because, once authorized, the state of the authorization persists until you revoke it.

The source code for this tutorial can be found here.

Many new developers complain that OAuth2 is overly complicated and too difficult for them to handle. The protocol is lengthy, but you don't have to go through it all at once.

Many aspects of the protocol are rarely used. Begin with the basics and work your way up in small but manageable steps.

There's more to learn about it, such as scopes, authorities, and permissions, 2FA. As a next step, consider storing these access tokens in a database for the server project and in your browser's local storage for the client part. It would be ideal for your users if they could close the browser and return later to find that the session is still active.

Know Why Applet.io is the Best App Widgets Software!

Unbelievable pricing - the lowest you will ever find

All About OAuth 2.0 Authentication & Its Significance

OAuth 2.0, which stands for "Open Authorization," is a standard that allows a website or application to access resources hosted by other web apps on behalf of a user. It took the place of OAuth 1.0 during the year 2012 and is now an industry standard for online authorization. Without ever sharing the user's credentials, OAuth 2.0 authentication provides consented access and limits what the client app can do on resources on behalf of the user.

Guide to the Top Integration Tools and Techniques in 2022

15 Best Integration Platform as a Service Vendors in 2022

Guide To The Top Integration Tools and Techniques in 2022

15 Best Integration Platform As A Service Vendors in 2022

Get Started with 500apps Today

Applet.io is a part of 500apps Infinity Suite